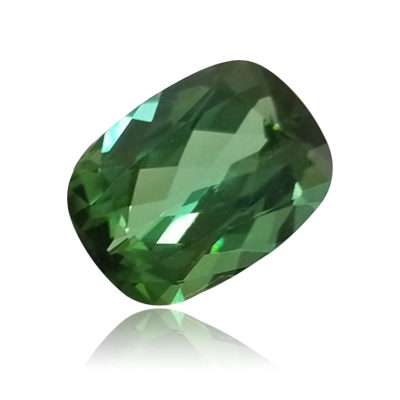 This lovely gemstone, found mainly in Brazil and Africa, comes in an extensive array of green hues ranging from pale green to a green so intense you can only make out its tint when light is reflected on it. Besides its sheer appeal – thanks to its vigorous sparkle – it is cherished as a symbol of wealth, peace, and happiness, and helps its wearer attain lasting love and friendship! 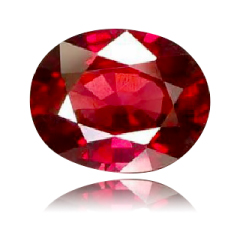 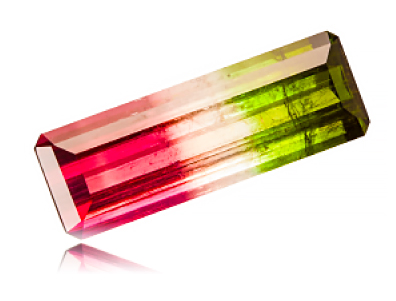 This fascinating gemstone, the most important deposits of which are in Brazil and Africa, often comes with a red center, with green radiating towards the edges, thus earning the nickname, “watermelon”. Of the many jewels in the tourmaline family, this rare one certainly lives up to the tourmaline name – derived from the Sinhalese word, turamali, which is believed to refer to a “stone with mixed colors”. A gem that brings inspiration, it also helps the wearer foster friendships and ward off misfortune. 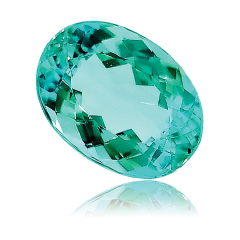 The extremely rare and exquisite Paraiba, discovered mainly in Brazil and Africa, takes its name from one of Brazil’s cities called Paraiba. It comes in a wide range of spirited nuances that are exclusively its own, varying from vivid green to turquoise, with the ideal color being neon blue. This most precious member of the tourmaline family has no natural inclusions and, like its cousins, brings its wearer success in love and friendship. 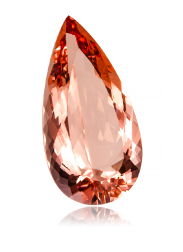 The most important deposits of this charming cousin of the emerald and aquamarine are found in Brazil, followed by Africa. Emanating energy and positivity, it comes in shades of pale ranging from soft pink to violet. Although clarity is obviously preferred, some of its inclusions can be as fine as pure silk. Since it focuses the wearer’s attention on the bright side of life, the Morganite puts her in an exuberant mood, moving towards la vie en rose or life that’s a rose garden! 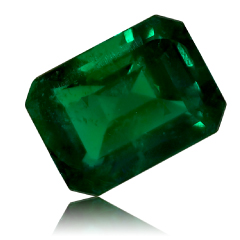 Mesmerizing to gaze at, the emerald which hails from Brazil and Africa, can be found in an extensive range of colors varying from yellowish green to intense green. While inclusions are common, emeralds without any are extremely valuable. As the color green is associated with Venus, the goddess of beauty and love, this gemstone symbolizes beauty and constancy in love, and is also worn to enhance contentment. 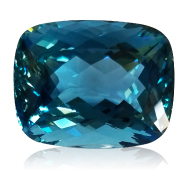 The captivating aquamarine, the most significant deposits of which are found in Brazil and Africa, comes in a range of blue hues varying from the deep tone of the ocean to the clear blue of the sky. Representing luck, intelligence and blessings, it was a stone that sailors brought with them on their journeys. There is also the old belief that the aquamarine promises a happy marriage for the woman wearing it! 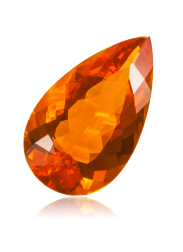 Fire opal is from Brazil. Kind of opaque gems that has been hailed as the most fanatical love in ancient times. Fire opal is available in warm orange and orange colors, from yellow to light red, and even brown. The general shape is elliptical, round, ancient cushion shape, pear shape and triangle shape. Opal represents hope and happiness.